Maybe sandwiches aren't your favorite food but they are in almost everyone's top 10, and that is a consensus you can't deny. Here is a list of the cream of the crop among sandwiches based on taste and availability.

Philadelphians claim that an authentic cheesesteak should come on a local Amoroso roll. But they also claim that it needs Cheez Wiz on it to be ‘authentic' even though Cheez Wiz was invented 20 years after the cheesesteak. But the beauty of the sandwich lies in the fact that even a lousy cheesesteak is a good one, the low-quality meat and processed cheese only accentuating its fatty goodness.

The Po-boy, a twist on how the brothers who popularized the sandwich called street workers "poor boys," have two critical elements to it – the size and the filling. The traditional Po-boy is a full foot long, cut from 24in rolls, and comes with an assortment of filling options, the most amazing one being fried shrimp or oysters, all dressed up in lettuce, tomato, pickles, mayo, and some sauce.

Only a few things are better than a breakfast sandwich which has become a staple meal among students and commuters alike for its filling greasy nature and deliciousness. The sandwich can be served on a bagel, an English muffin, or waffles, or most traditionally on a simple sesame roll, with a slice of melted American cheese, salty meat, and butter covered fried egg.

An elevated version of the classic pastrami sandwich or corned beef on rye, the Reuben has become elemental in all sandwich menus – a mix of corned beef, Swiss cheese, sauerkraut, and Russian dressing. Even when it is not prepared with freshly made juicy brisket, the sandwich still holds it on with melted butter and cheese.

The roast beef sandwich has come a long way and become a hallmark among sandwiches owing primarily to the succulent roast beef, but also its

incredible versatility. Using various combinations like shredded lettuce and tomatoes, or substituting mayo for horseradish, or serving it with mozzarella, all make completely unique roast beef sandwiches, each as good as the next. 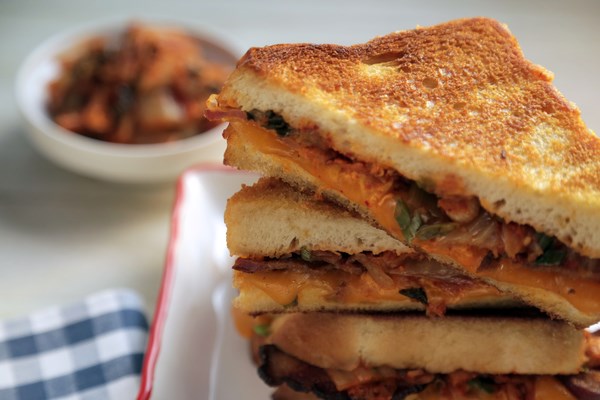 This Vietnamese creation (‘banh mi' meaning bread) was a way of making the French baguette their own after it was introduced to them during the French colonial period. The filling of the banh mi is usually a trifecta of moist roast pork, a delicious pate, and a gelatinous hard cheese, the star point being the delicate balance between hot jalapenos and soothing cucumbers, cilantro and shredded carrots.